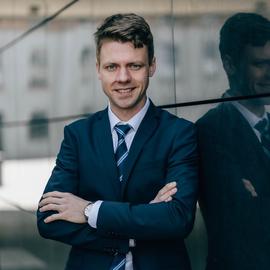 I am a PhD Candidate in Economics at the LMU Munich and part of the International Graduate Program Evidence-Based Economics. My thesis advisors are Joachim Winter and Dominik Sachs.

My research fields are labor and family economics, as well as public finance.

I work with large administrative & survey datasets using state-of-the-art econometrics / data-science methods to evaluate past and currently proposed policies. On the one hand, I exploit spatial and temporal quasi-experimental variation for causal inference. On the other hand, I also build and estimate structural models to investigate counterfactuals that are beyond the scope of natural experiments.

Childcare policies improve the compatibility of family & career and can increase maternal life cycle earnings & tax payments. How much should childcare be subsidized given this fiscal externality? How should subsidies vary with income? We estimate a dynamic discrete choice model of labor supply and childcare decisions of heterogeneous families with German panel data. We evaluate a recent expansion of public childcare slots and find that this program paid for itself through the fiscal externality. Increasing subsidies further by marginally lowering fees per slot would only be 6% self-financing. Increasing redistribution with more progressive subsidies comes at low efficiency costs.

Early career years for both men and women are characterized by a fast accumulation of human capital. However, despite comparable working hours, the wages of young men quickly outgrow those of young women, even after accounting for observable differences. One potential reason is that employers take the cost of (long) maternity leave into account when making promotion decisions. In this paper, I first present novel descriptive evidence on the gender gap in early career promotion rates using administrative data from Germany. Second, I exploit quasi-random variation induced by a staggered expansion to identify the causal effect of public childcare availability on women’s pre-birth promotion probabilities. I find that a 10 percentage point increase in public childcare availability improves the promotion probability of young women by 1.7 percentage points, which translates into a 10% increase. This result is consistent with public childcare effectively reducing leave-related costs for employers and thereby boosting women’s pre-birth career prospects through a reduction of statistical discrimination.

We investigate heterogeneity of wages and wage growth rates across different working hours to quantify the implications of splitting work equally among spouses. Based on a combination of German administrative and survey data, we account for endogenous selection into specific hours by exploiting reforms of the tax system. We find substantial heterogeneity in part-time wage penalties, ranging from -2% to -18% compared to full-time. The heterogeneity in wage growth penalties is similar, but less severe. Both penalties are not linearly decreasing in working hours. High penalties for working high part-time hours suggest that splitting work equally would imply sizeable wage losses.